Welcome. I love feedback. Love is the answer. Peace , Love and Acceptance. Peace! ! 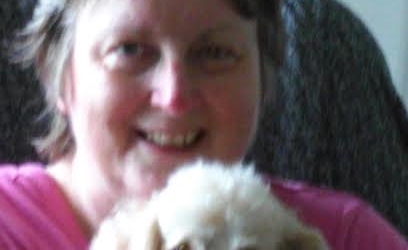 “The Opposite of Depression is not Happiness…”

“The Opposite of Depression is not Happiness but Vitality” Andrew Solomon on Depression:The Secret We Share – Link below:

Do you know the difference between depression, grief and sadness? This video is the most authentic and moving talk I’ve ever heard about major depression and well worth listening to. Andrew Solomon describes in detail how major depression affects one’s body physically and mentally; he describes an incident of coming home for lunch and his reaction to finding phone messages on his own answering machine. He himself has suffered from Major Depression and has learned how to cope with the effects and relapses. He is highly functional and is a writer and lecturer. Currently he is my hero, especially as at the end of his talk he shares how highly he values his life as a result of having lived through the hell of depression; he has found his soul, and Joy. Finding Joy and Self-Love is my number one desire which I started pursuing in 2011 when I turned 60 and realized my life expectancy was short, that happiness and wellness were “now or never” .

Worse and Not Functioning Okay Inside My Home: – What this looks like is something like this. I stay up late at night with my laptop on my lap – on – and sometimes interacting with it, and with the TV on to a channel playing old sitcoms. Sometimes I watch and sometimes I listen, most of the time I do neither but stare off into the dark living room with a blank mind. I feel listless and low energy and apathetic and allow myself to fall asleep in my recliner. When I wake for the bathroom between 2 and 4AM I then go to my bed where I either will not be able to get back to sleep or I will fall into a restless sleep with weird dreams, sometimes very bad dreams that will leave me feeling hung over for hours. I will lie in my bed until I desperately have to empty my bladder, then I will get up and return to bed. On my better days I will start my pill regimen with my thyroid medicine and a large glass of water before climbing under the covers again; on the worse days that regimen doesn’t start until nearly noon. No matter how hungry I might feel, or how thirsty, or how much I might have to go to the bathroom again I will not get out of bed until it is an absolute necessity. I will stay in my night-shirt all day. I will not bathe nor brush my teeth. If I eat something at all it will be something already prepared. If I have to prepare it in any way I will not eat it nor touch it; I’ve often let good food spoil in the fridge because the effort to prepare it is too great. I feel exhausted and I have no energy. If I happen to have appointments scheduled that day I will call and cancel them; rarely I don’t call but just let them slide. I spend my day going back and forth between recliner and bed, every hour the same as the one before; every day the same as those before and after until I can make myself function again.

Better and functioning Okay Outside My Home: These days are usually not very different from those just described in mood and energy level but I somehow am able to gather enough strength to move about. Often I am able to read the pages for the days from the 3 daily inspirational books by my chair. I will shower and dress, eat a decent breakfast and brush my teeth. I will walk to whatever appointment I might have. While outside my home I interact well with people – usually – I talk and laugh and say I am well or “fine”. I usually tell the medical providers that I am doing well also. When I return to my apartment and close the door behind me I will turn on both computer and TV, remove my clothing and put my nightshirt on. I likely will eat a decent supper and then the rest of the night resumes as described above.

It is important to acknowledge that the level of depression I’ve described above in both descriptions is a much higher level of wellness than what I used to experience before treatment. Before treatment I stayed in my apartment, doors locked, blinds down, phone unplugged, in bed and bingeing all day on sweets and refined carbohydrates on the days I was not working. I would sometimes have to call out sick from work. I used to think sugar caused my depressions. Then I wondered if my depressions were caused by cravings for sweets trying to relieve the depression. I really don’t know – I just know this is the way I have lived most of my adult life.

Before I became disabled in 1994 due to a “breakdown” I was a single parent of one son, I had a few friendships and romantic relationships, I returned to school as an adult to get a GED then to become a nurse in 3 steps – CNA, LPN, RN, and I worked full-time. Almost always, behind closed doors I lived the darkened life of depression and suicide ideation. Occasionally I would experience a few hours or a few days of what I called an “upswing” which I loved. They didn’t last long and usually I got caught with projects like closets emptied for thorough cleaning, the darkness returning before I could finish the job.

The first time I remember being depressed was when I was 14 in 1965, a freshman in high school. I didn’t know I was depressed then. It is only by using the knowledge I’ve accumulated over the years and recognizing my behaviors then as symptoms of depression.

I’ve also had an addiction to sugar and white wheat flour since prior to age 5, though it wasn’t until 1986 that I had the language and understanding of food addiction. I am also allergic to wheat by blood test, the only positive blood allergy test though I have many, many allergies to foods, chemicals and environmental factors. Many of them were diagnosed by needle scratch and others by symptomatology.

Recently I read an article that suggests that depression might be caused as a reaction to inflammation by allergies. That is incredible to hear as I’ve had many allergies all my life and I’ve suffered inflammatory illnesses as well such as joint pain, headaches, asthma and recurrent episodes of bronchitis, irritable bowel syndrome, chronic candidiasis, fibromyalgia, chronic fatigue, breast cancer, acoustic neuroma or schwannoma, fibroid tumors, hypothyroidism. I will be following this idea closely to see how it unfolds hoping for a solution.***

Treatments for depression have been diet and naturopathy, St. John’s Wort, homeopathy, energy healing, prayer, both outpatient and inpatient treatments, prescription medications, walking and other exercise, yoga and other spiritual healing methods. Sometimes things help for brief to longer periods of time, sometimes I just can’t tell if something is working or not. My inpatient treatments have been from 2 weeks to 8 months in a period from 1988 to 2001 in hospital including twice in halfway houses, about 16 times total. Then in 2012 and 2013 I spent a week or so each time in an outpatient CSU, Crisis Stabilization Unit, to help get myself and my emotions under control and avoid hospitalization.

Depression has affected every area of my life from self-care to family relationships to intimate friendships and love relationships, to education and work, my spirituality, socialization, enjoyment of life or not. It has been a huge hindrance or stumbling block. In spite of all of these experiences I remain optimistic and hopeful that one day I will live depression-free.

In the early 2000s the psychiatrist I was seeing prescribed a therapy dog for me. I rescued a miniature poodle and we both rescued each other. My isolation was broken by frequent daily trips outside and socialization increased because everyone wants to come and greet a sweet little dog. That was a white neutered boy named Thomas who died from old age at 16. He came to me at age 6 when his owner had to go into assisted living. He died 3 years ago in the spring and that summer my car died so the years since I’ve been without both dog and car which has affected my life.

Just last week I was blessed with the arrival of another neutered boy miniature tan poodle aged 7 named Rusty who will be my new therapy dog. His owner recently died and he was in great need of a good home as I was in great need of him. The very first day he arrived my spirits began to lift. I’m still struggling daily with the depression but I must go out with him 4 times a day; I will socialize whether I want to or not, and now I have a little being who needs my care and love. I am blessed.